The iconic dry stone walls of Yorkshire are a great source of inspiration in my weaving.  They criss-cross the landscape of the Dales, dipping into hollows and rising to dizzying heights as they step up the steep fellsides.  I am constantly amazed at the places they go and how they have stayed in place for so many years.  And at how they rarely fall down.

When I was studying at Bradford College these walls became part of my studies.  I had trouble with the artwork until one day, in a fit of pique at my inability to paint them, I went outside armed with a roll of greaseproof paper and a thick piece of charcoal having decided to do a ‘rubbing’ of the wall outside my house.  Instantly, I had a result.  I got my pencils and did a whole series of rubbings until I ran out of greaseproof.  The rubbings captured both the texture and the shapes of the stones.  The deep crevices in between sharp edges became the focal point of my weaving – they created lines around the more circular shapes of the stones, which I then attempted to re-create as a woven fabric.

Without knowing what I was doing I discovered the power of differential weaving, combining fibres which react differently to water and heat to create texture in cloth. 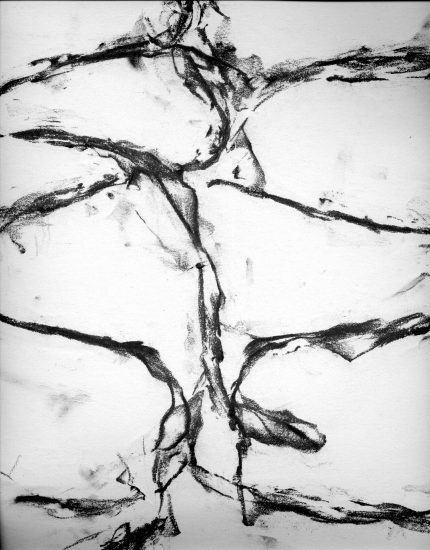 I also discovered photoshop and how, with just a tweak here and tweak there, it was possible to see something quite ordinary in a very different way.

The first piece of weaving inspired by these ideas was a mix of cottons, linens and wool.  I wove a lot of it on a table loom with a pick up stick trying to figure out how to achieve what was in my mind’s eye.

I tied extra bits in, partly to recreate the mosses and lichens that grow on these lovely walls, and partly because I thought the whole thing might fall apart when I threw it in the washing machine.  I had only ever handwashed my woven pieces before. I was learning to let go of rules and just play.  I finally stopped worrying about edges and the ‘right’ way to do things and started to do things to just see what might happen next.  It was a wonderfully liberating moment! 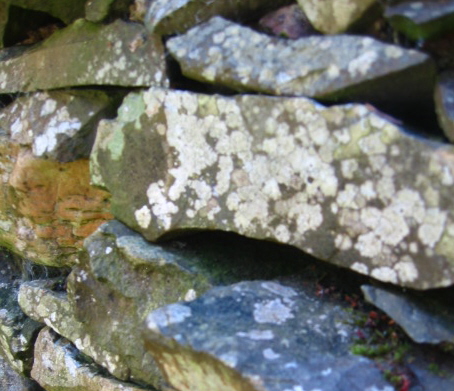 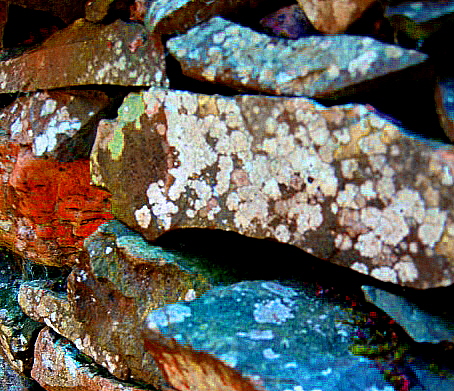 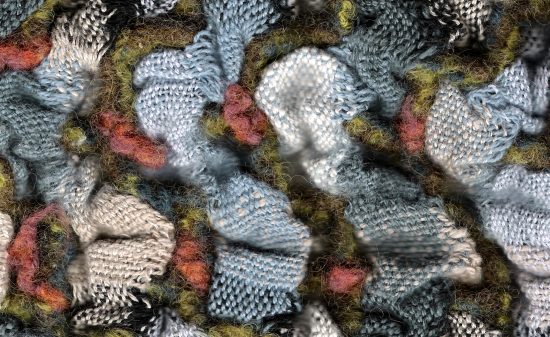 That first experiment has led on to many similar fabrics, all inspired by stonewalls.  Some by the shapes of the stones, some by the colours of the plants which grow on and within them, and yet others by the shapes the walls make in the wider landscape.  Here are a few of the scarves and throws and experimental pieces I have woven from this one source of inspiration which continues to be a major contributor to my store of ideas: 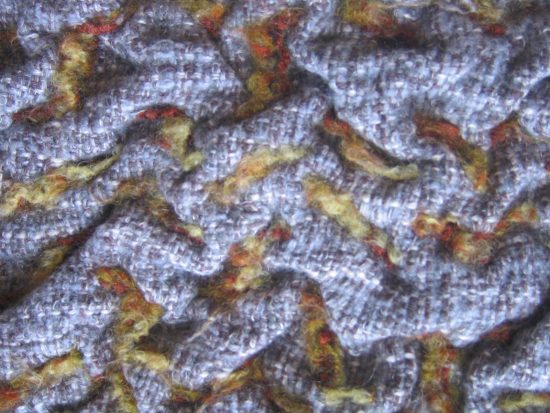 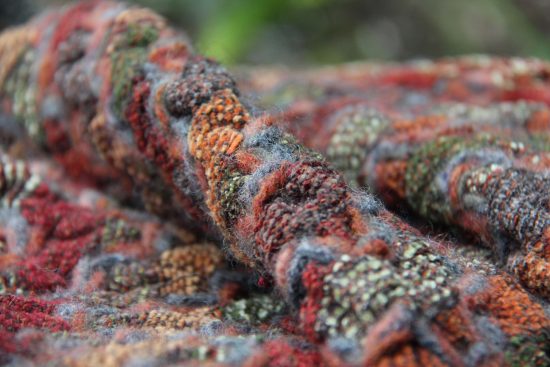 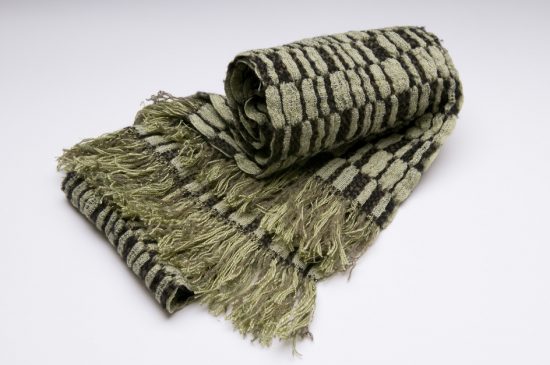 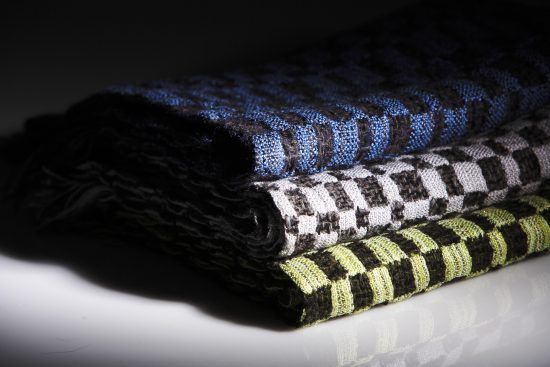 I'm offering free shipping on all orders over £35 (UK) and £75 (everywhere else) until the end of July. Dismiss